Located over 45 miles south of downtown Phoenix, Casa Grande is a small rural city with over 55,000 residents. If you want to get away from the Phoenix and live in a more relaxed environment, then Casa Grande is the place to be. The city is also a popular destination for tourism as it attracts visitors from all over the region.

The founder of Casa Grande, Thompson Rodney Peart, arrived in Arizona during the initial mining boom; many of the areas and structures in Casa Grande are named after Peart. Casa Grande got its name from the Hohokam Ruins, which is a nearby archeological site, and the city was officially incorporated in 1915. 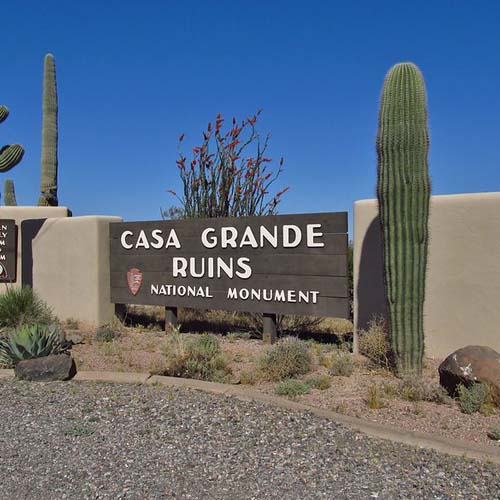 Casa Grande is a rural suburban community that also offers many municipal amenities and services. There are many modern and reconstructed homes in the area that you can purchase at an affordable price. The cost of living in Casa Grande is also lower than the national average by about 10%. Food and gas prices are much cheaper in Casa Grande and anyone living on a budget will easily be able to get by. The entire economic spectrum in Casa Grande ranges from retail to manufacturing to agriculture. The city is a part of Arizona’s Enterprise Zone which incentivizes residents to open their own business via a streamlined permitting process. This makes it much easier for you to relocate, expand, and sell a variety of goods and services. Public transportation in Casa Grande is offered via the Central Arizona Regional Transit which connects Casa Grande with Florence, Coolidge, and Central Arizona College.
Geo-Coordinates of Casa Grande

Things to do in Casa Grande

In Casa Grande, there are a number of historical sites and family-friendly attractions. This includes Caywood Farms which is a family-operated farming business where you can see how cotton is cultivated and harvested. The farm offers educational tours for the entire family and every year they hold a fun and memorable festival that everyone can enjoy. If you ever get the chance, you should also visit the Domes of Casa Grande which is now an abandoned site but it was once a computer manufacturing facility during the 1970s. The majestic structure is covered in murals and graffiti. Not far away from Casa Grande are the Pinal County Fairgrounds which attract visitors from all over the country. The fairgrounds are where every member of the community comes together to share their unique experiences through special events, workshops, and educational activities. Other popular events that take place at the fairgrounds include the Arizona Classic Jackpot & Farm Show, Lantern Fest, and the Agri-County Bluegrass Festival. 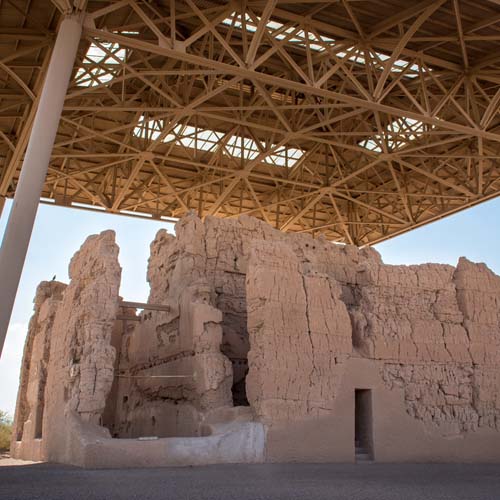